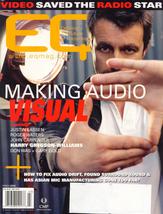 The birth of the Helios console...

In the 1960’s a gentleman named Dick Swettenham worked as a Service/Design engineer for Abbey Road Studios. In the early 1970’s he began to work for Olympic Studios where he controlled Design and Maintenance. He approached the owners of Olympic stating that if they allowed him to order the necessary parts, he could build a desk that was far more musical than anything available at the time. They gave him the ok, once the desk was completed and commissioned most of the great rock musicians of the era which included Jimi Hendrix, started to book time at Olympic. Most British and some American recording artists were now using Olympic Studios so Chris Blackwell of Island Records decided that if he built a studio around a Helios console he would save money and also have his own studio busy with artists wanting to record on the Helios console. But he was a client of Olympic, it would be impossible for him to request that Dick Swettenham of Olympic to build a console that would be in direct competition with Olympic, so he put up the finance for Dick to go into business.

And so Helios was born.

Seven consoles were built for Island, which included mobile studios. At this time Mike Oldfield’s Tubular Bells was selling well for Virgin Records, so Richard Branson had Helios build three consoles one for The Manor Studios, one for the Manor Mobile, and one for Townhouse Studios (now at Shorefire). The Who built "Ramport Studios", around a Helios, The Rolling Stones built the legendary "Rolling Stones Mobile", 10cc built "Strawberry Studios" and so the story goes on, even the Beatles built “Apple Studios” around a green Helios console.

artists that know why the Helios has become the 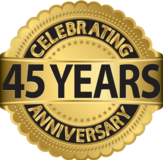